Creating a place for young
families to grow.

At the Station we will have all of the amenities that young families need for a healthy lifestyle within walking distance.

At the Station there
are a number of
solid investment
opportunities

The Station at Fort St. John consists of 207 acres and is the city's only proposed Fully Master Planned Community.

Once fully built out, the Station will consist of a perfect blend of mixed Residential and Commercial / Retail. The Parks and Trail System winds through the project providing walking distance amenities, including the best restaurants and shopping to all of the residents.

Fort St. John is realizing quality growth due to the rich resources found in North East BC. The abundance of high paying jobs and unprecedented lifestyle make Fort St. John one of the most exciting locations in the Country to call home.

"Follow the money to Fort St. John and take advantage of the
largest
resource boom in Canadian History"

Fort St. John is realizing unprecedented growth due to the development of North East BC’s abundance of natural resources. These resources include hydro-electric power from the Peace River through the creation of Site C Dam, which is presently under construction. Site C Dam is the largest construction project in the history of BC at a projected 9 Billion. The area also includes one of the largest natural gas reserves in the world, known as the Montney Basin.

Fort St. John is located only minutes away from Site C Dam and is strategically located in the middle of the Montney basin, making Fort St. John the epi-center of the exciting new LNG industry. All of the major LNG players including Shell and Petronas have set up headquarters in Fort St. John in anticipation of many years of active drilling in the area. According to government, spending on the LNG industry if two LNG facilities are built will exceed 100 Billion. The economic fundamentals for Fort St. John exceed the economic fundamentals of Fort MacMurray before the creation of the Oil Sands.

In addition to Site C Dam and the new LNG industry, North East BC’s economy is further enhanced by one of the strongest agriculture industries in the Country. There is also mining and forestry which includes the second largest OSB mill in the world. This strong industry base makes North East BC and Fort St. John the economic engine that has driven the Province of British Columbia to become the strongest economy in the Country.

Creating a place for young families to grow 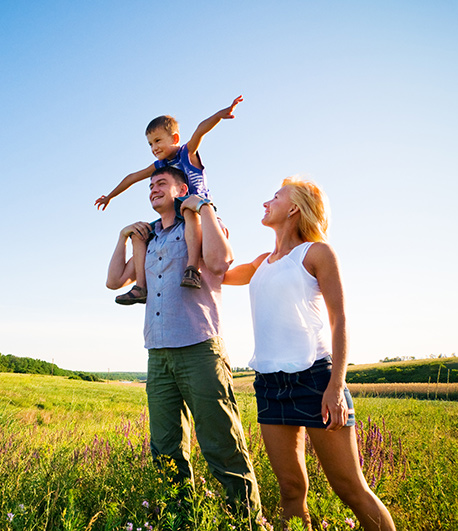 Young energetic people love life in the "Energetic City", Fort St. John. Outdoor activities abound in the vast expanses of the North. Nature in all its glory is on full display everywhere you look in this untapped wilderness in Canadas North. The diversity of the seasons is unique and an outdoor lovers paradise.

The City of Fort St. John, headquarters of the North is a bustling community. Fort St. John has embraced the uniqueness of the North, “Cold is Cool". The Cities leaders are passionate about creating a vibrant community that caters to the exceptionally young demographic. Young families from across the Country are arriving to create a good life for themselves with high paying jobs and an unprecedented lifestyle. The construction of the new 300 Million dollar hospital complete with its new Birthing Unit will make sure that there are many more new faces in Fort St. John for years to come.

At the Station, we intend to “raise the bar” in Fort St. John.

The Station consists of 207 acres and is the City’s only mixed use, fully Master Planned Community. The Commercial / Retail surrounded by mixed use residential will be “the place” to call home and do business in Fort St. John. The entire community will have an extensive trail system and abundant parks and open space to create the best place to call home in the City.

We are very pleased to offer a variety of modern home plans, designed with our target demographic in mind. Whether you are a first time home Buyer or an Investor looking to purchase a cash flowing property, there is something for you at the Station. Because of the sheer size of the project we have a variety of product that is unrivaled, which includes single family homes, duplex homes, row housing, apartments and condominiums.

With the anticipated rapid growth in Fort St. John there are a number of ways to benefit by an investment at the Station. If you consider the fundamental economics and what has happened historically when similar growth happens in other areas it is easy to make an investment case for all types of Real Estate. Double digit gains per annum are common in many instances.

At the Station, because of the sheer size of the project and the fact that it is a Master Planned Community there is a wide variety of Real Estate types. Everything from Residential Building lots as well as finished, positive cash flowing homes of all classes to Commercial Retail product exists within the project. There is literally something for every investor.